Up for some downtime? Need movie suggestions to make your spare time worth it? You are at the right place. In today’s blog, we will educate you about the most popular Netflix movies that you should watch. I am a fan of both my Spectrum TV package and Netflix. Because when my Internet misbehaves, my cable saves me from boredom.

Here’s a list of Netflix movies that you should be watching.

Contents hide
1 Here’s a list of Netflix movies that you should be watching.
2 Four Weddings and a Funeral
3 Related Searches :

Panic Room
Directed by David Fincher, Panic Room is an underappreciated work of art. Many people complain about the short length of the movie. But that is the beauty of it. The story revolves around a mother and a daughter who get caught in a Panic Room.

You won’t see any other setting in the whole movie except the house that the mother-daughter duo is trapped in. The whole movie seems so realistic that you feel as if you are the one trapped in that panic room. Not to forget the tense feeling that it gives to you. Throughout the film, you feel as if everything is happening to you.

The movie stars Jodie Foster, Dwight Yoakam, Forest Whitaker, Kristen Stewart, and Jared Leto. If you love thrillers, then this is a must-watch.

Groundhog Day
Starring Bill Murray, Brian Doyle-Murray, Andie MacDowell, Stephen Tobolowsky and Chris Elliott, Groundhog day is a comedy film. The director of the movie, Harold Ramis, is a genius for coming up with the idea of a movie that is nothing less than a classic.

Throughout the movie, you can see Bill Murray attempting to resolve philosophical issues. Hence, making the movie revolving around the themes of life, fate, and death. But funnily. The story for this film revolves around a weatherman who is forced to live the same day of his life over and over again.

In short, it is a delightful and hilarious film that will also leave you heart-broken till you reach the end. However, it is a must-watch. Add the Netflix movies to your list NOW!

Now and Then
Directed by Lesli Linka Glatter, Now and Then will leave you nostalgic. The Netflix movies are set in the year 1995 and revolve around the story of old friends who reunite in their hometown. The movie includes flashed that the friends meeting gets from their childhood that was actually in the 70s.

The film focuses, in particular, on a summer that was somewhat very crucial for the future of these girls. After watching the Netflix movies, you will want to give your childhood friends a call and relive those careless summer days that you spent as a teenager.

Jackie Brown
Do not let the title of the movie fool you into thinking that the movie revolves around the theme of racism. This is one of Quentin Tarantino’s masterpieces that was sure short an Oscar-winning movies as well. The movie takes its inspiration from a novel ‘Rum Punch.’ The story revolves around a flight attendant who gets wrapped up in a smuggling case.

The scheme leaves her tangled with not just gangsters but the FBI and ATF as well. However, the story is not all about the air hostess getting involved in the money smuggling case. If you watch it, you will feel that you are watching a love story between Robert Forster and Grier.

Beware because the movie involves violence. Starring Robert Forster, Pam Grier, Robert De Niro, and Chris Tucker among others, this is perhaps the most character loaded film that Tarantino has ever made.

Gangs of New York
Directed by Martin Scorsese, Gangs of New York stars Leonardo DiCaprio, Cameron Diaz, Liam Neeson and Henry Thomas among other prominent actors. Released in 2002, the director had been wanting to bring this film based on a true story to the screen for decades.

The story is set in 1846 and features the neighborhood of Five Points of Manhattan. Back then this neighborhood was all about racism, Civil War rages, political corruption and gangs. Although people claim that a lot was going on in the movie throughout, it was a turning point for a few cast members including DiCaprio.

Four Weddings and a Funeral 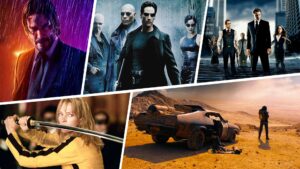 Released in 1994, Four Weddings and a Funeral was a movie that influenced romantic comedies for decades to come. The movie revolves around the five events that the title indicates and a group of friends. You will see this group of friends at these five events.

The movie is funny, tender and emotional. It takes you on a ride where you get to experience a plethora of emotions. But worth a watch.

Hope you like the suggestions and relish watching all the movie suggestions listed. The suggested films are my personal favorite as I rely on two sources for entertainment- Netflix movies or the Spectrum digital receiver. The digital receiver ensures that I have enough back up of shows recorded so that I do not have to worry about the Internet downtime should an inconvenience arise. 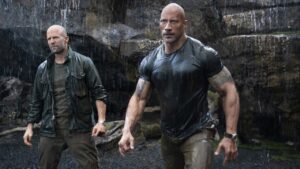