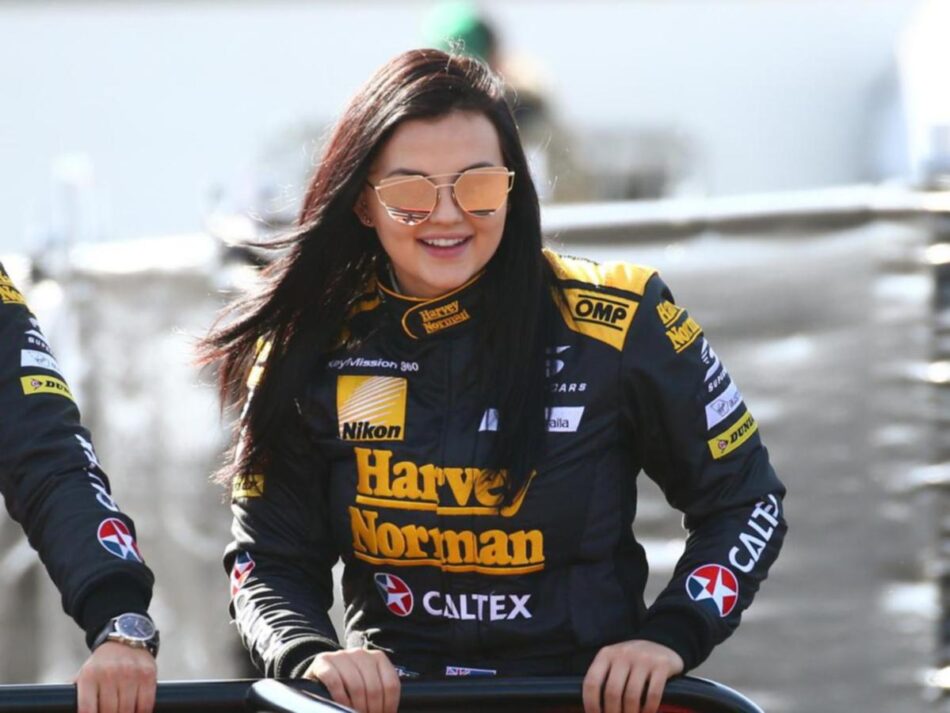 Former Australian racecar driver Renee Gracie made headlines earlier this year after she quit her career on the track to earn quick money through the adult film industry. Gracie was the first Australian supercar driver before her retirement but now rumours suggest that the 25-year-old could return to the track later this year. Renee Grace joined the adult film industry and saw a substantial rise in her pay, earning over a reported $90,650 per month.

Renee Gracie could make a startling return to racing this year after her change in career saw the end of her financial struggles. The 25-year-old is eyeing the Porsche Carrera Cup series to make the Renee Gracie racing return. Gracie had earlier cited a lack of financial support as her reason to quit the circuit but after a quick stop in the adult film industry, the Australian racecar driver is back to her first love. When questioned if the Renee Gracie racing return will see her OnlyFans career take a step back, the online sensation told the Daily Telegraph she has no plans to stop.

Renee Gracie said that her OnlyFans account is the only reason why racing is feasible for her again. She said that due to the success of her OnlyFans venture, she can now afford to go racing without worrying about crashing the car. The 25-year-old said she won’t be reliant on sponsorship during the Renee Gracie racing return, nor does she need to worry about the budget.

Renee Gracie said that before she stepped into the industry, she knew the challenges and the criticism and controversies that would follow. The former Australian racer said that she did all the research and made the decision to go through with it. In her first six days on the website, where users pay to receive explicit Renee Gracie photos and videos, she made $24,000 which made her realise she could really do something with this. The 25-year-old has also taken the internet by storm, regularly posting steamy pictures of her on the Renee Gracie Instagram account, the latest of them in a Tiger King-styled outfit.