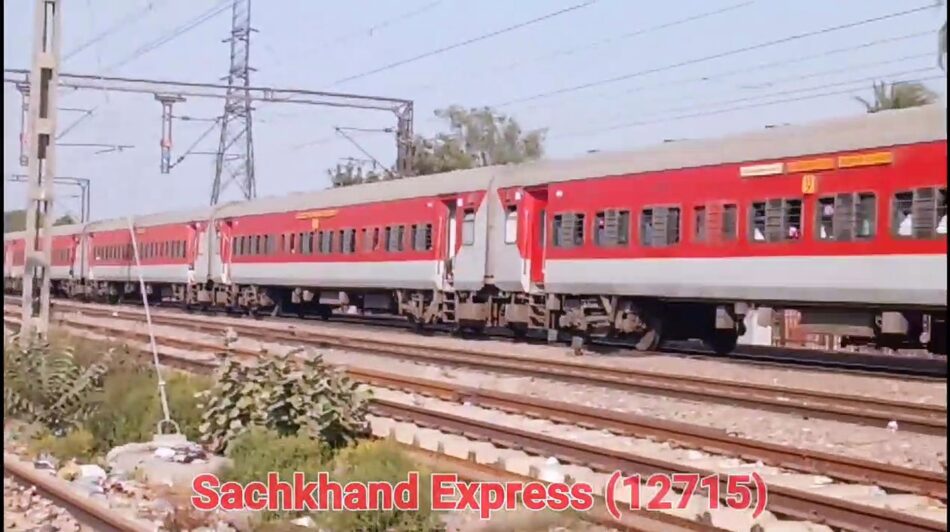 The Sachkhand Express 12715 is a superfast train that operates on the South Central Zone of the Indian Railways. This train operates on a daily basis and runs between Huzur Sahib Nanded (NED) in Maharashtra to Amritsar (ASR) in Punjab.

This train is named after the Sachkhand Sahib Gurudwara located in Nanded. It provides a vital link between two important centers of the Sikh religion. This train also connects passengers to important state capitals such New Delhi, and Bhopal.

Initially, this train was introduced on a weekly basis in 1995 to provide an express service between Nanded and Amritsar. It was then changed to a bi-weekly service and later to a five-days-a-week superfast train in 1997-1998. In 2007, the train became a daily one.

The locals of Manmad, Nanded, Delhi, Bhusaval, Bhopal and Gwalior serve langar to passengers in each compartment regardless of the travelers’ religious beliefs. A local Sikh businessman in Nanded first started this service, but it was taken over by the Gurudwara.

The Sachkhand Express departs Huzur Sahib Nanded Station at 9:30 AM and arrives at Amritsar Junction at 22:20 PM after 34 hours and 50 minutes. The train covers a distance of 2,081 km during the journey.

During its journey, this train passes through numerous states, including Maharashtra, Madhya Pradesh, Uttar Pradesh, Haryana, Rajasthan, Delhi NCR and Punjab. During its 34-hour journey, the Sachkhand Express makes 34 halts. Some of the major stations along this route are:

The average prices for adult tickets are:

Travelers can even make use of the tatkal ticket booking facility on this train. The average tatkal fares are:

For the comfort of passengers, services such as a pantry car, on-board catering with excellent food choices, sleeping arrangements, and mobile or laptop charging points are available. Guru Ka Langar is alos available at Khandwa Station.

The ticket availability for this train is average as it is a popular route for pilgrims. During peak travel season, such as in the summer holidays or during Dussehra and Diwali festivals, tickets may be difficult to obtain. It is advisable to book your tickets at least 60 days in advance during these times.