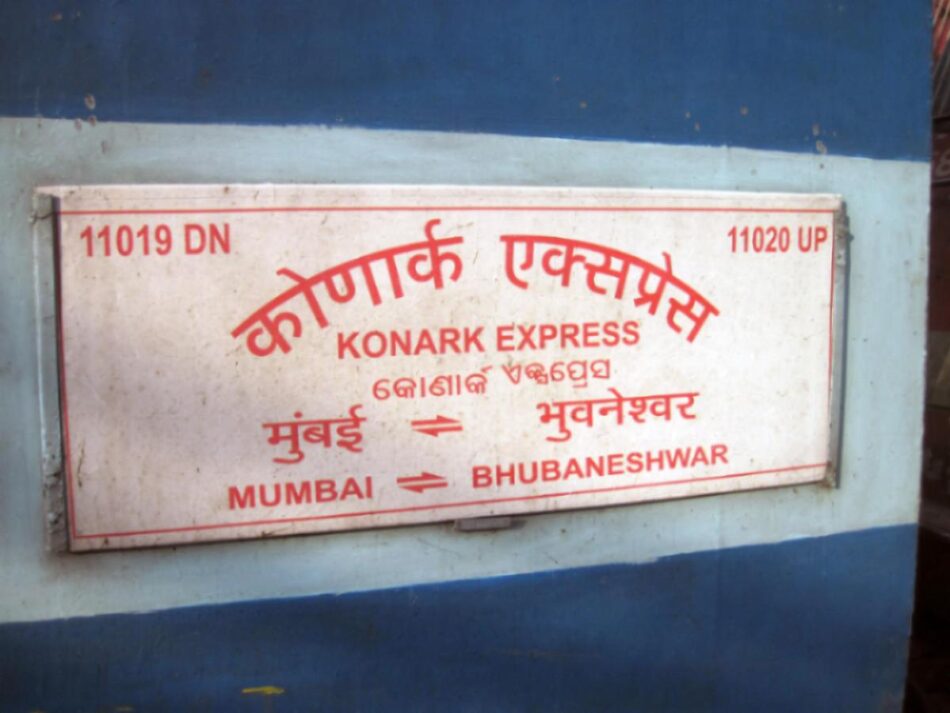 The Konark Express 11019 is a daily superfast train that is operated by the Central Zone of the Indian Railways. The train operates between Mumbai’s Chhatrapatti Shivaji Terminus (CST) in Maharashtra and Bhubaneswar in Odisha.

The train is named after the 13th Century Sun Temple, Konark temple in Puri, Odisha. The Konark Express made its inaugural run on August 16, 1978. Sri Madhu Dandavate introduced it as a daily train between Secunderabad and Bhubaneswar. Due to increased demand, the train’s services were extended to Mumbai’s CST in 1994.

The train has AC two tier, AC three tier, Sleeper class and General coaches. Advance reservation for the general coaches is not necessary.

Konark Express covers a distance of 1,932 km in 37 hours and 15 minutes. The Konark Express departs from Mumbai CST at 15:10 PM and arrives in Bhubaneswar at 4:25 AM on the third day.

During its journey, Konark Express travels through many states including Maharashtra, Karnataka, Telangana, Andhra Pradesh and Odisha. During the journey, the train stops at 35 stations. Some of the prominent stations along the route are:

The approximate fares for booking ticket are:

Tatkal fares on the train are:

The train is generally clean and provides good food. For the comfort of the traveler, there are facilities like on-board catering and the pantry car. The train also provides blankets, sheets, and pillows to ensure comfortable sleeping arrangements.

As the train provides a link between the country’s financial capital Mumbai and resources-rich state of Odisha, the ticket availability for this train is average. During peak seasons, such as summer holidays, tickets may be difficult to procure. To ensure a hassle-free journey, it is highly advisable to book tickets for this route 45-60 days in advance.